Video has indisputably become the most powerful digital marketing tool in the 21st century. No other technology is better at creating engagement and emotion with an audience than video.

But why is video production perceived by so many as expensive?

A professional video, whether it is a product video, a marketing video, or a training video, is one of the most resource-intensive activities there is in marketing.

The first question a marketing manager asks is usually, “How much will a video cost me?”

There is no right answer or wrong answer to this question since there are many factors to consider when drafting a video production budget.

One thing is clear, though – you get what you put in (or in some cases, what you pay for).

When estimating video production costs, a good starting point is writing a video production brief that outlines when, where, what, why, and how the video you have in mind should be produced. This can also be referred to a “creative brief”.

Eventually, the total budget of a video production will depend on the type of video you selected, amount of pre-production and post-production necessary, size and any peculiarities of the crew, equipment, as well as the scope or total time of production.

The following will guide you through the process and help the production company understand which is the best way to go in the particular situation.

Video Type – Will the production be an animated video or live action video featuring actors? Or maybe a mix of both? Each type of video requires a different set of production skills and staff, and the more technical or complex it is, the higher the costs. 3D and 2D animated videos are usually more costly than simple motion graphics or live action videos. Testimonial videos or “explainer videos” with basic motion graphics are usually more budget-friendly than videos that require more creativity, concept development and animation.

Pre-production Costs – The importance of this phase of the process is largely based on the extent of how much you can do in-house and how much you source out. From script writing and storyboard development to location scouting and casting – the costs can dip low or rise high depending on whether you do all or some of the steps on your own. If you would rather rely on the professional judgement of the production company to make those decisions, many companies offers all these services as part of a production package.

Production Crew – The production crew expenses accounts for the largest investment in the whole video production process and its rates largely depend on the market, necessary gear, and the crew itself (i.e size and experience level). The more complex the ad is and more production layers it has (i.e. graphics, sound, and live video), the more people are involved (i.e. Director of Photography, Video (including drone) Operator,Video Editor, Sound Technician, Light Technician and others). For the video commercial production TriVision provided for Elephant Insurance, due to the creative and complex nature of the ads, nearly 15 people were involved in the video production.

Equipment – Using your iPhone to film a video for your website will usually not cut it. The type of equipment used, such as camera type, camera lenses and lighting used for your video all affects your cost. Color depth, resolution, shadow details, special lighting effects and contrast are what will give your video that “film look”. For example, using a 4k camera for your video shoot will cost more than using a regular HD camera. It is important to review what kind of equipment the production company is using before making a decision to go with them.

Talent and Casting – Another aspect you should consider to cut production costs is whether or not your video requires the work of professional talent. If you are a small business and know this video will mainly be used on your website or social media, casting your own staff, friends or family will work just fine. However, if you are a more established brand and are running a large scale video marketing campaign, casting professional actors and voiceover talent is highly recommended. You can either reach out directly to a casting agency to find talent, or the production company can provide you this service as well. 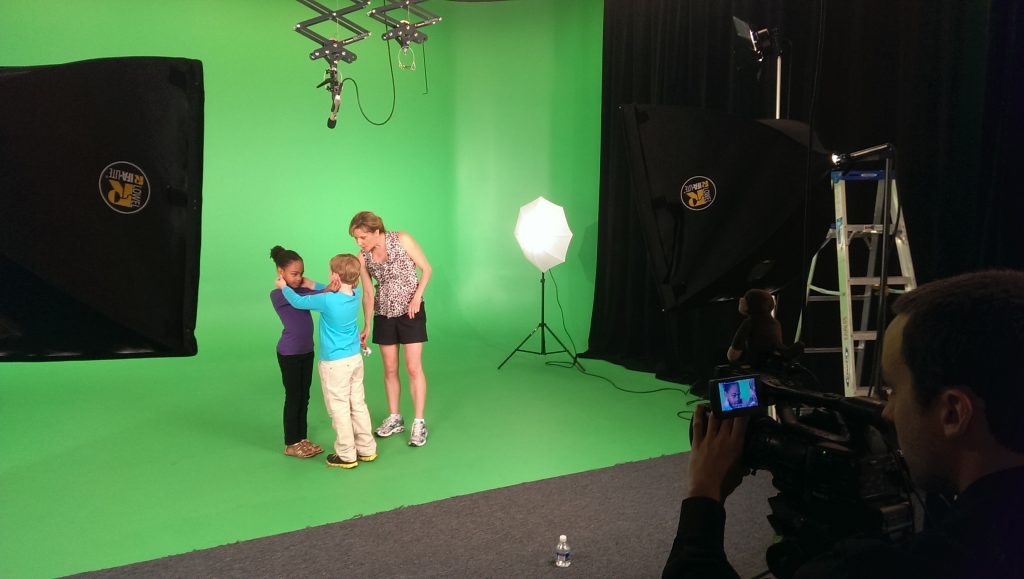 Location – Scouting out a location or venue for your production can become difficult if you are looking for a specific look and feel for your video. However, chances are you can do a lot of the filming inside a green screen studio or white CYC studio which allows you to change your background to almost anything you want. This of course means you have to rent out the studio space. You will save more if you go with a production company that already has a green screen studio, therefore you won’t need to pay separately for the cost of the studio rental.

Time – Everyone knows that time is money, and it is especially true in video production. Here, time is directly translated into hourly and day rates covering all production components from brainstorming ideas to the use of special equipment and editing. The part of the process that should receive most attention is filming because with every new shooting day, the video production budget can increase astronomically. While in the case of animations, it all depends on how long it takes for the graphic designer to turn ideas into imagery and action that satisfy the client.

Post-production – The final stage in video production is editing and putting together what has been filmed to create a coherent and enticing story. This step might require hiring several editors each of which deals with a different matter, such as story edits, coloring, sound, motion graphics, or titles. Post-production might also encompass filming again some snippets to ensure the best possible result.

Despite the time, money and resources needed to create a professional video production, video has certainly established itself as a valuable marketing tool for brands to get noticed and connect with consumers in this ever growing digital world.