A silent revolution is happening in the film and production industry. Virtual production LED video walls are enabling film studios and production companies to create immersive and dynamic sets and backgrounds, based on simple LED panels instead of elaborate and costly set designs.

Virtual production is often the term used to refer to this new type of video production method using a huge cyclorama curving around a central space for props, physical sets and live actors.

Among many other benefits, a LED video wall provides a new level of control to a production which is absent in a traditional green screen shoot by allowing the production crew to capture the visual effects LIVE on set.

This means the action and the background are happening at once, allowing everyone – including directors and actors/speakers – to make adjustments in real-time.

Probably the biggest difference between shooting on green screen vs. LED wall is the post-production process. It takes much less time and effort to edit and reduces overall costs. 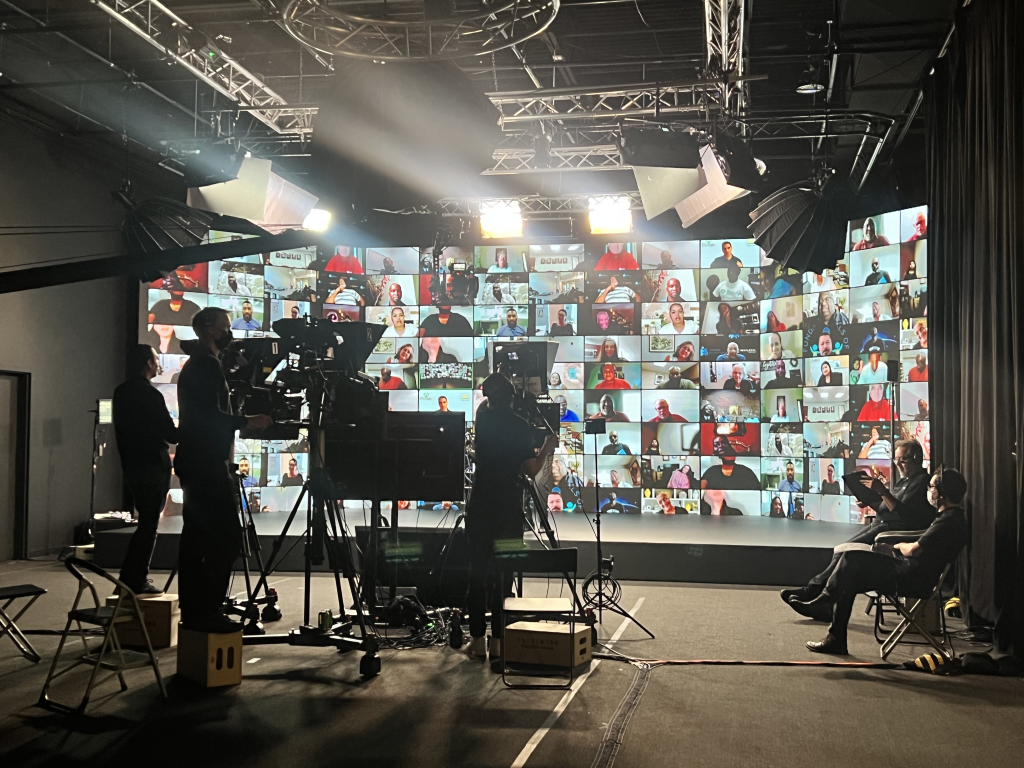 Does this mean we are witnessing the end of the Green Screen era? Not necessarily just yet, as green screen studio is still widely used. However, Virtual Production LED video wall is definitely taking over the industry and here to stay for the years to come.

If you are looking for a video production company in the Washington DC metro area that has the Virtual Production studios available to take your next production, conference or live streaming event to the next level, contact us at TriVision Studios.

To learn more about our full-service virtual and hybrid production capabilities, feel free to book a tour at our studio.